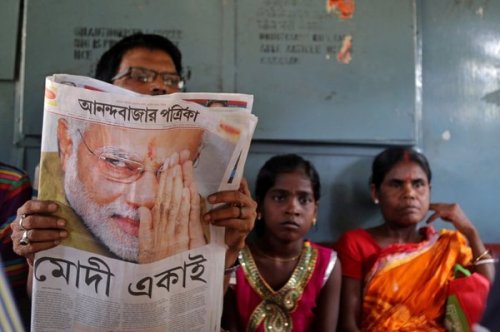 «A decade or more ago, the publishers of English newspapers scorned Indian language readers, assuming that, as hundreds of millions more Indians became literate, they would turn automatically into consumers of English papers. But the steady rise in literacy rates—from 64.8 percent of the population in 2001 to 73 percent in 2011—has had unexpected consequences. The new middle class is increasingly found in smaller towns, and prefers to read in its own regional language, rather than English.» La suite ici